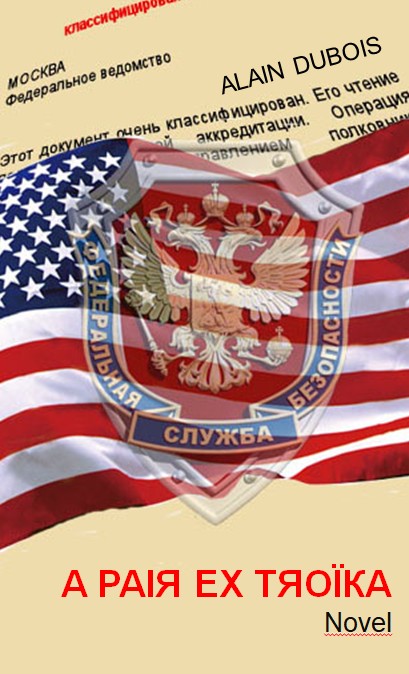 Stephen Baker was running out of breath in the corridors of the Stamford laboratory, in the suburb of Boston.

The sides of his white coat were spinning behind him and he was flapping inthe air with his hands, both to breathe and to give himself momentum. He had not run that way since the university and he was blowing like a forge, lungs on fire.

Who had the stupid idea to install his director's office on the other side of the building? Probably an architect's fantasy, he told himself, trying to swallow his saliva to calm his irritated dry throat.

Finally, he arrived in the last and longer corridor.

The rays of a shy sun barely lighted up the doors of the offices.

The scientist felt like running in a sort of more or less thick halo, waving his arms to tear the veil that clouded his eyes.

Hearing his steps, collaborators who were talking in front of a water fountain watched him running as if he attempted to flee the devil threat and everyone walked out of his way. This cursed corridor of the research Institute was endless and Baker was exhausted. He tried to go faster, but he was not able to. He felt like running in soft sand.

With his hand, he pressed the area of his liver to relieve a suffering point and blinked several times to wick away the sweat that fell in his eyes. Then, he breathed a sigh of relief, he finally had arrived at the first step of the stairs that went up to Richard Cox's office, the chief of the scientist department.

He made a break, breathed deeply and then grabbed the handrail to better balance his efforts. A strong inspiration again and he resumed his race by climbing the steps two by two. However, on the intermediate stair landing, he stopped again.
He felt bad.
He bent over and put his hands on his knees and expired a long time. His heart was beating like a bass drum, powerful blows that warning him to his declining health condition.
He leaned back on the wall facing the remaining steps and looked up to try to breathe more.

He felt as if air was becoming scarce. He put his hand on his heart and thought for a moment he could no longer hear the beats.